Neurorehabilitation May Work as an Alternative to Psych Meds 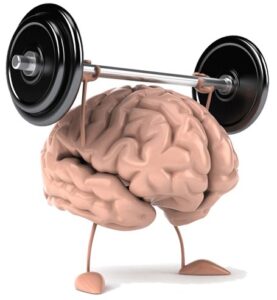 I think most will agree that 2020 took a major toll on all of us by not being allowed to be the social creatures we as humans are meant to be.  D.H. Lawrence quoted, “I never saw a wild thing sorry for itself. A small bird will drop frozen dead from a bough without ever having felt sorry for itself.”  That’s probably the mindset to have if you are training to be a Navy SEAL, but most of us aren’t doing that.

Humans, compared to animals, have a much larger and developed frontal lobe, and it needs to be activated. Emotions and personality are both part of the frontal lobe. People need stimulation from their environments, from other people and activities. If they do not have that or they do not regularly exercise their brains, their brain function may decline. One symptom of frontal lobe decline is depression.

Sit around isolated and your brain will deteriorate.

A well-known option for the treatment of depression is taking prescription antidepressants. Often, however, the long-term effects are habituation within 6 to 18 months and then opting for another medication. One of the most serious short-term effects within the first couple weeks are suicidal tendencies. Read the fine print on the drug advertisements.

There are alternatives that may work better than a prescription drug. One alternative may be neurorehabilition, or brain exercises. Eye exercises are one of the neurorehabilitation activities used in my practice. The three fundamental movements are Pursuits, Saccades and Fixations. Pursuits are related to the parietal lobe of your brain. Saccades are related to the frontal lobe of the brain.  Fixations are related to the frontal lobe and the cerebellum. The cerebellum is 10% volume of the brain and has 80% of the neurons in the brain. Originally, the cerebellum was thought to be only involved with balance, but it is now known to have a dramatic effect on cognition and memory. Sit around in an isolated setting and your brain will deteriorate.

A recent study in Archives of Rehabilitation Research and Clinical Translation Volume 3, Issue 2, June 2021 has shown that engaging in 10 minutes of Oculomotor training daily for 5 days demonstrated a 25% improvement in targeting saccade accuracy. Additionally, there was a significant reduction in all neurobehavioral factors on the therapy group, specifically the affective and cognitive factors relating to poor saccades.

Want to be happier at your workplace, your hobbies, and sports performances? Schedule a consultation at 480-951-5006 or drburdorf.com.