Yes, Eye Exercises Work, But Only if You Do Them.

Eye tracking technology has exploded in the past decade. Before we know the WHY it has exploded, let’s understand the HOW of the neurology of eye movements. Pursuits, Saccades, and Fixations are three movements to consider when evaluating.

Eye-hand coordination is the interaction between the neural networks of the cerebellum and lobes of the brain.

Physical injuries to the brain such as a concussion or Covid and other viruses, which are metabolic concussions, can impair functions of all the above. This can set a person up for further injuries because of poor balance and reaction times. Numerous studies have been shown that the long-term effects of injuries that did not have the proper treatment develop into dementia, Alzheimer’s, and Parkinson’s.

Meet Elijah Garcia. Elijah is a Phoenix native, 19 years old, and has a professional boxing record of 11-0. He is a rising star in the combat athlete profession. He was referred to my office in August 2021 after suffering some injuries in the ring. Life is a journey, not a destination. I would like to share our journey together this past year.

As a therapy for head and brain injuries, we use an eye tracking software called RIGHT EYE. The goal is to have scores in the Green. Scores that go in the other direction, from yellow to orange and red, are bad. Narrow lines are good, and large squiggly lines are bad. See the chart on the initial assessment of Elijah. His overall score is 55. That’s bad. 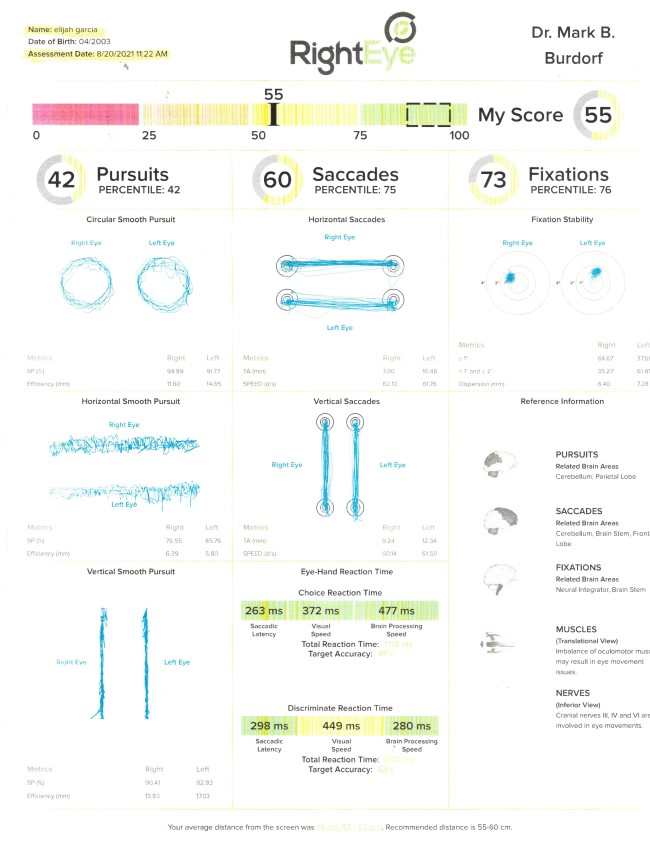 For the next month, Elijah had therapy at my office consisting of laser therapy, chiropractic adjustments, and neuro rehabilitation including eye exercises to improve balance, strength, and range of motion. Now look at the next test results from approximately one month later. There is marked improvement, and Elijah’s overall score is 97. That’s a great score. 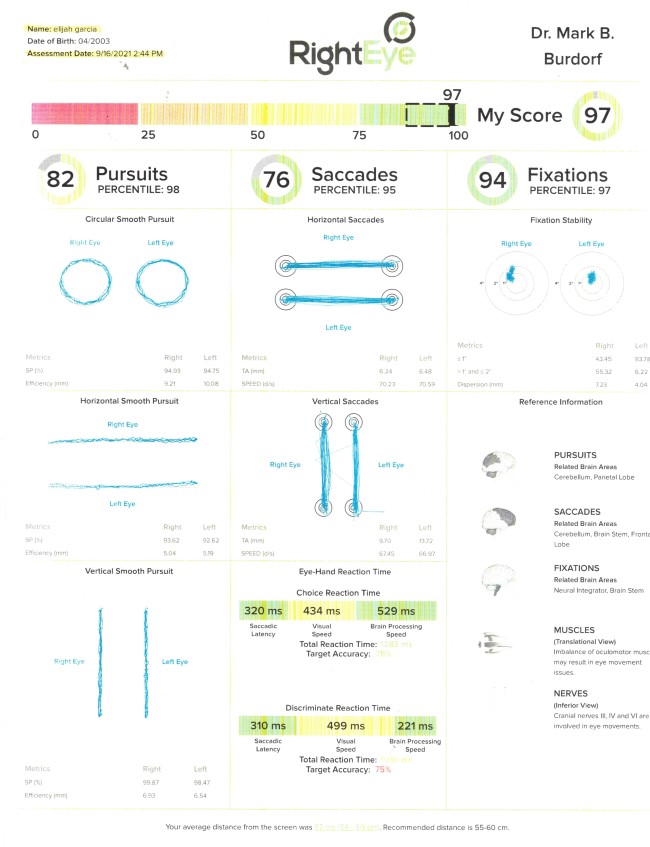 You’ll see in the next test result what happens when a person is not consistent with eye exercises and treatment both at home and in office. See how his score dropped to 48 by almost 8 months later? 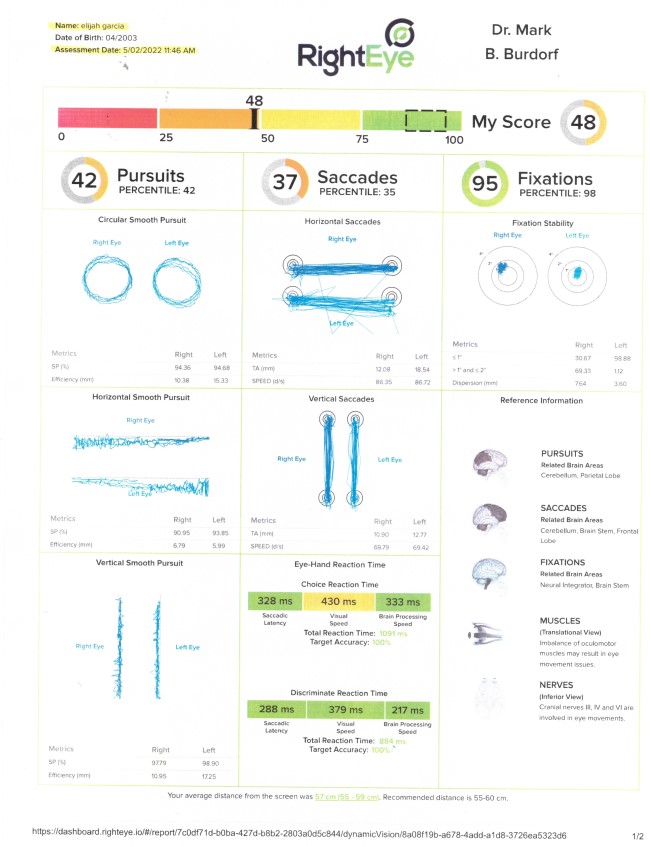 Once again, Elijah was consistent and dedicated to brain and eye exercises, and after only 17 days his score went back up to 98. 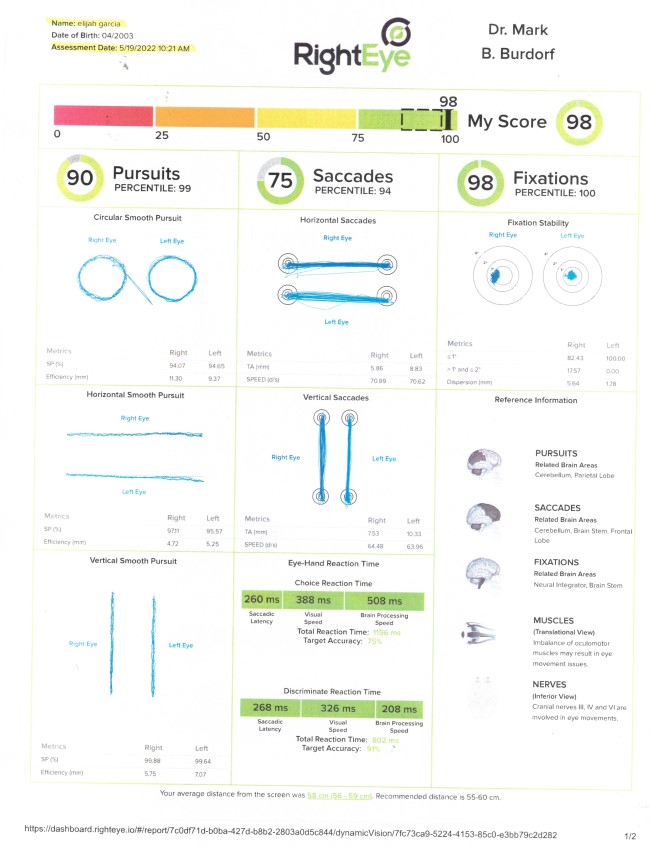 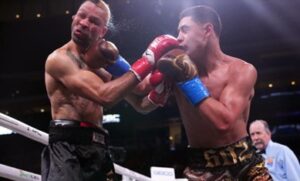 Eli won his fight but did take some shots to the head, and that lowered his score to 85. 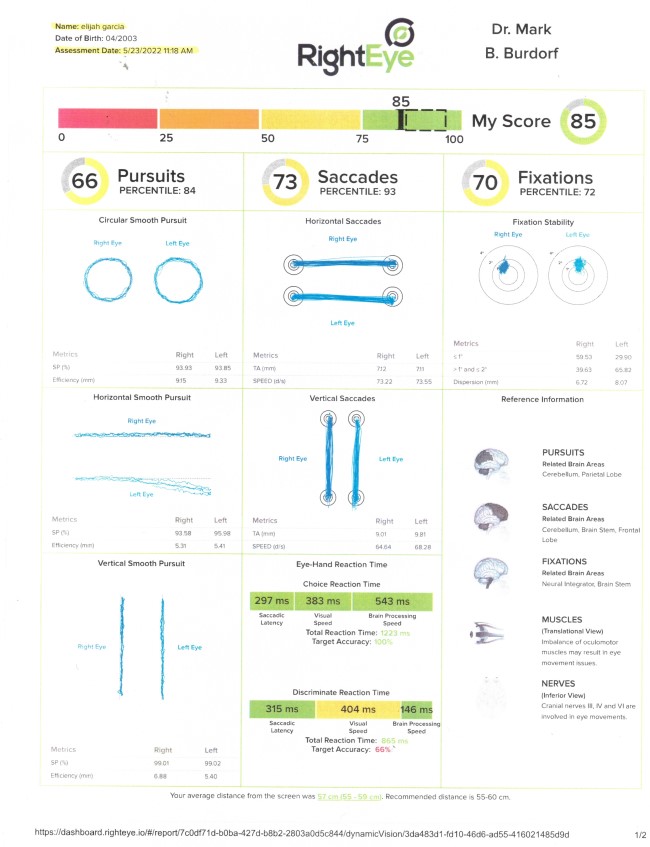 In this last picture, you will see that Elijah is back on track. Not only did he follow up with therapy immediately after the fight, but he also did this therapy both in office and at home, and his score improved to an impressive 96. 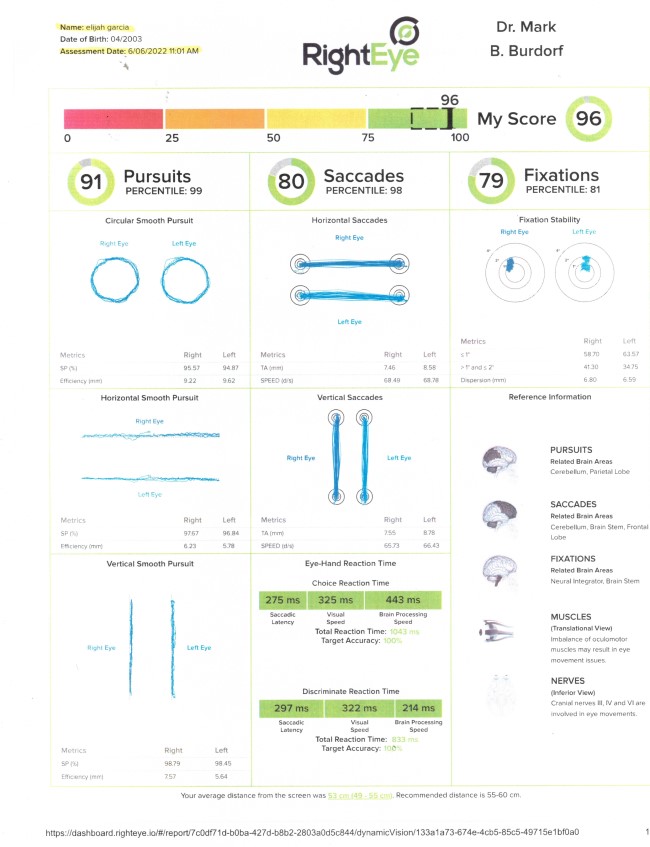 If you are ready to put in the time and effort, schedule a consultation at my office. Schedule here or call our office at 480-951-5006.

Even Mild Covid is Linked to Brain Damage, Scans Show 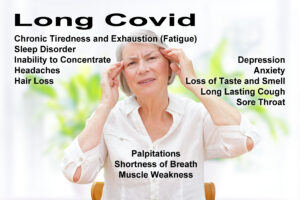 The new British research is the first to reveal striking differences in areas of the brain based on scans taken before and after a coronavirus infection. The investigators focused on 401 people between 51 and 81 years old who had tested positive for Covid, according to clinical data linked to the Biobank study. They were invited back for a second brain scan, which was taken an average of about five months after contracting the coronavirus. Covid was apparently mild in most of these participants; only 15 of them were hospitalized with the disease.

The study found that the coronavirus infection of various cells in the nasal cavity gives rise to inflammation that inhibits the functioning of smell-receptor proteins on nerve cells, leading to smell loss. To read the entire article, CLICK HERE.

The good news is the brain is plastic, which means it can reorganize and heal itself with the proper therapy.

So what is the therapy that can be used to heal a Covid brain? Our office provides brain-based therapies which include visual, vestibular, and cerebellar rehabilitation along with laser therapy.  Our focus is on neurological diagnostics and rehabilitation. Schedule a consultation at 480-951-5006 or drburdorf.com.

Are all 1960 Ford Fairlane Cars Alike? 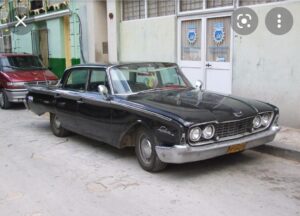 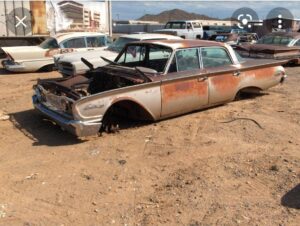 The two cars in this picture started out the same. They’re both still existing, but you can see one is in much better shape than the other. Why? One has been maintained, one hasn’t. How about you? Are you maintaining yourself? How long do you think you will live? Do you ever think about how long your body will last and, more importantly, what you must do to increase your statistical chances?

Degeneration is the state or process of being or becoming degenerate; in decline or deterioration. It may not be symptomatic, but the process continues. It doesn’t matter if we are talking about conditions related to spine, brain, cardiovascular, or gut.

On September 4, 1961, Congress passed the Foreign Assistance Act, a Cold War Act (among many other measures) which prohibited aid to Cuba and authorized the President to impose a complete trade embargo against Cuba. This meant no more American made cars were being shipped to Cuba. The Cubans were forced to take care of and maintain what they had because no more were coming from us. We here in the States have developed an attitude that everything is disposable because we can get the new model next year.

Hope is the desire that everything will be okay and, especially in situations of war, likely gets you killed. Fear, on the other hand, requires you to take action to avoid an unpleasant outcome. Unlike a lot of other things, our bodies are not disposable. We cannot just get a new body when this one wears out. It is in our best interests to take action before symptoms have a chance to appear.

So in addition to getting proper sleep, exercise and nutrition, what else can be done? 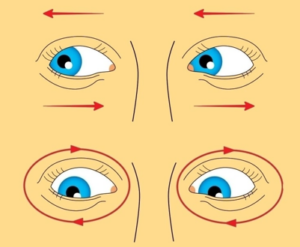 Did you know that daily eye exercises can help mental health, among other disorders? You brush your teeth every day. Why wouldn’t you stimulate your brain every day? Now, more than ever, it’s important to get back on track with movement and activity. The pandemic has given us a year of atrophy due to social distancing, limited emotional interactions due to masks, and exercise restrictions due to gym closures. It’s time to get moving and feel healthy again, in both mind and body.

Move your eyes and you activate your brain.

Loss of function of any of these three eye movements results in loss of brain function. This can lead to symptoms of increased anxiety, depression, and many other behavioral disorders.

There is a good solution. Research in eye tracking diagnostics and rehabilitation has exploded in the past decade and offers an alternative to taking prescription psychotic medications. My office utilizes Right Eye Tracking Soft-ware for the diagnostic interpretation, and Focus Builder app for specific eye exercises. My protocol starts with baseline testing, with retesting every 7-10 days to determine improvement.

To schedule a consultation, call our office at 480-951-5006 or schedule your appointment here. 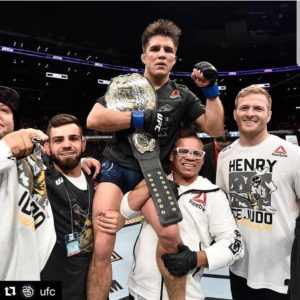 What Makes a UFC Champion?

VISION…and it comes from the heart, the soul, the body and the mind. Your eyes are a window of opportunity to train and affect them all.

Maintaining good brain health is not just for UFC Champions! It’s for everyone.

Dr. Burdorf is a firm believer in therapies that will help maintain good brain health and prevent disorders and disease. He deals with very complex neurological issues, and is a doctor patients go to after they have been dealing with their situations for sometimes many months or even years, and have been unable to find help elsewhere. He specializes in pain & injury conditions for those seeking alternatives to medications & surgery. If you or anyone you know is experiencing unresolved conditions, we may be able to help you! Call our office at 480-951-5006, or schedule your appointment here.