Dysautonomia is simply a dysfunction of the autonomic nervous system. There are two branches: sympathetic (“fight or flight”) and parasympathetic (“rest and digest”). These branches are in the central (brain and spinal cord) and peripheral nervous systems. Therefore, there are many possible areas of damage, especially following a concussion or whiplash injury. Concussions can cause a variety of symptoms and most of them are related to autonomic nervous system dysfunction.

What are the Symptoms of Dysautonomia? 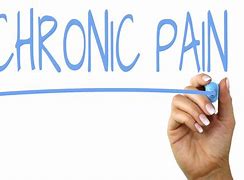 As a chiropractic neurologist, what I can offer you is a therapy that does not involve a drug, but your time and effort performing a variety of brain based neurological exercises. The opportunity to heal after an injury involves activation of the visual, vestibular, or cerebellar systems with these exercises. The treatment from one patient to the next may vary based on the examination findings. Schedule a complimentary consultation with me here or call 480-951-5006. 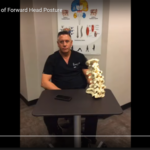 A recent study in the Journal of Exercise Rehabilitation (April 28th, 2020) showed how looking at your cell phone for only forty minutes caused damage to neck proprioception. There are three pathways into the brain that affect balance and control the postural muscle tone of your neck: your eyes, inner ears and the back of your brain.

In the video below, Dr. Burdorf describes a study of the effects of staring at a cell phone for 22 nearly perfectly healthy people ages 20-23. These people had no visual problems, and no history of trauma, concussions or arthritis. Listen how staring down at a cell phone affected their neck muscles.

For most of us, the use of cell phones is not going to end. Symptoms will come, whether it be from cell phone use, or something more obvious such as an accident and injury. Damage will happen. In Functional Neurology, doctors will find the pathways that work so that they can rehab the broken ones. Then, depending on what’s happening, he will provide a variety of therapies to rehabilitate from concussions, whiplash and repetitive stress. Your forward head posture or other symptoms may be lessened with the proper therapy.

If you have balance issues or some unresolved symptoms, schedule a consultation with Dr. Burdorf. See what types of therapies he could provide for you.

Dr. Burdorf is one of only seven Board-Certified Chiropractic Neurologists in the State of Arizona. He deals with very complex neurological issues, and is a doctor patients to go after they have been dealing with their situations for many months or even years, and have been unable to find help elsewhere.

Maybe you don’t think my treatment is for you, but try this balance test. If you were to kick a ball, put the leg you would kick with in a tandem stance in front of your other leg with an inch of separation between your feet. Close your eyes. You should be able to stand in that position for a minute. If you can’t for 10 seconds, you have a problem.

Can you stand with one foot directly in front of the other for ten seconds? If not, you have a problem!

Poor muscle tone and distorted balance are what cause arthritis to progress without the presence of pain.

Today is 4 weeks since my hip replacement surgery. I am back to my regular clinic hours. I attribute my faster than usual recovery to chiropractic care, laser therapy, balance exercises and taking the right supplements. Schedule a follow up appointment with me if you have a history of neck or back problems. I can show new exercises to help you hold your alignment and stop the progression of arthritis in your joints.

If you tried the Balance Test and failed, there are things you can do to change that. Call our office at 480-951-5006, or schedule your appointment here. 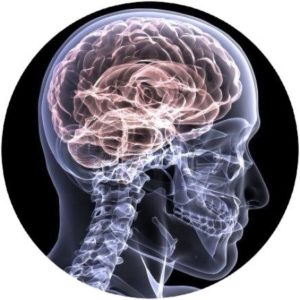 What is Parkinson’s Disease?

Parkinson’s disease is a chronic and progressive brain disorder that causes loss of muscle control and affects nearly one million people in the United States alone. The Parkinson’s Disease Foundation says the disease involves “the malfunction and death of vital nerve cells in the brain,” many of which produce dopamine, a chemical that is responsible for controlling movement and coordination.

While symptoms such as tremors, slowed movement and speech problems are among the most common symptoms of Parkinson’s, they tend to present themselves only once the disease has progressed. To detect Parkinson’s disease in the early stages of development, look for the following seven signs that can present years before the above.

A lost, or impaired, sense of smell is considered among the very earliest warning signs of Parkinson’s disease. Medically referred to as anosmia, it can sometimes occur as much as several years prior to other symptoms developing.

While it’s common for someone to experience trouble sleeping on occasion, if it occurs often it may be a sign of Parkinson’s disease. Kicking, shouting or grinding one’s teeth while asleep may indicate a condition called rapid eye-movement behavior disorder (RBD). Approximately 40 percent of those with RBD eventually develop Parkinson’s disease.

As Parkinson’s disease compromises the body’s nervous system, which is responsible for proper digestion and bowel function, constipation is another early warning sign of the disease. While constipation on its own is quite common, if it’s also accompanied by symptoms such as “difficulty sleeping and trouble moving or walking,” then it may be cause for concern.

Early on, Parkinson’s disease may impact the movement of the small muscles in the face. This can affect a person’s facial expressions, often leaving them with a very serious look, a blank stare on their face and less frequent blinking.

Although doctors have yet to completely understand the connection between mood disorders and Parkinson’s disease, it is a common early indicator. A person may experience symptoms such as depression, social withdrawal or heightened anxiety in new situations.

7. Stooping or Hunching Over

Are you not standing up as straight as you used to? If you or your family or friends notice that you seem to be stooping, leaning or slouching when you stand, it could be a sign of Parkinson’s disease (PD).

Again, all of these can occur years before the condition is full blown. The test becomes your therapy with functional neurology applications in my practice. Combine this with a science based nutritional approach and you can decrease your risk of this horrible disease.

Whiplash Can Cause Dizziness

There is considerable evidence to support the importance of cervical afferent dysfunction in the development of dizziness, unsteadiness, visual disturbances, altered balance, and altered eye and head movement control following neck trauma, especially in those with persistent symptoms. However, there are other possible causes for these symptoms, and secondary adaptive changes should also be considered in differential diagnosis.

Understanding the nature of these symptoms and differential diagnosis of their potential origin is important for rehabilitation. In addition to symptoms, the evaluation of potential impairments (altered cervical joint position and movement sense, static and dynamic balance, and ocular mobility and coordination) should become an essential part of the routine assessment of those with traumatic neck pain, including those with concomitant injuries such as concussion and vestibular or visual pathology or deficits.

Once adequately assessed, appropriate tailored management should be implemented. Research to further assist differential diagnosis and to understand the most important contributing factors associated with abnormal cervical afferent input and subsequent disturbances to the sensorimotor control system, as well as the most efficacious management of such symptoms and impairments, is important for the future.

If you or someone you know has suffered whiplash, it is important to seek professional help. Call Dr. Burdorf at 480-951-5006, or schedule an appointment here.